Her mother’s death had been just as difficult as everything else that had happened to her ever since then and living the way she did, sort of jerks you right into an oblivion where nothing else matters…..not hope any way.

She was responsible for two siblings and did everything in her power to make certain they were OK. Not hope, she…..she brought home meals, she made certain their grades were up, she kept them in check and in moments when she felt she couldn’t handle it, she mentally cursed her mother. For dying, for not being strong enough, for leaving her with so much responsibilities and a man who didn’t care about them.

The way he yelled her name was supposed to make her cower in fear, to do his bidding without so much as blinking. He made her feel dirty, made her feel like her name was the left over smear of poop not washed away with the first flush. He knew it was her walking in and how he does that is something she tried not to think about.

Tossing her keys on the dinning table, she quickly made her way to him. It was 2pm in the afternoon and he was lounging on the sofa, a clean white vest on and a cloth wrapped around his middle, one leg on the carpet, the other bent on the sofa.

“You are home early.” He said, popping peanuts into his mouth while watching TV. Her eyes darted to the bowl of peanuts she had prepped for him the weekend before. He was like that, he liked her doing things the hard way. No way was she to buy roasted peanuts. She had to get the fresh, split in two: fry one half and cook the other. She couldn’t get the yam powder, she had to get fresh yams and physically pound the pieces for him. She wasn’t to buy any appliances for things she could do herself: vacuum, microwave etc. She had to use a locally made broom or brush for cleaning. He was a slave driver and revelled in the fact that she didn’t argue his authority. It was the way her mum had lived with him, it was the way she was expected to live with him.

Once, she had attempted to run away but that had ended with her little sister having an “accident”.

” Good you are here.” He put his other foot down and carelessly undid his wrap.”Get on your knees now.”

She didn’t blame Edikan for letting her go. A lot of things had happened the past few days that got her seriously thinking about a new path, a new life that didn’t involve being the object of anyone’s sick desire, a new life where she was in control of herself, not afraid to make a bold step, not afraid to question anything. A new life that made her dream of happy endings. But fear of the unknown was crippling her.

A week had gone by since her last job and there was nothing in the papers she could take up. She considered calling Aunty Bolanle but chickened out as soon as she dialed the digits. What was the point? This was who she was and this was who she had to be to protect her sisters.

But today was different.

She was checking the ads again while Asha sat beside her finishing up home work when the youngest Marian started throwing up right after her lunch, clutching her belly like there was something inside she needed to get out. “Dami, help!” She cried “please, help me!” She crumpled to the floor, writhing in severe pain.

Like flash, Damilola rushed to her side, picked her up and raced to the door. “Asha, get the door, now!” She yelled, while picking up her car keys.

“Where are you going?” He turned from his perch by the stairs. “I need you upstairs now!” He came down calmly. Damilola turned with her sister. “We are going to teaching hospital, I will be back as soon as we get her admitted….”

“I said, get upstairs….Now!” His voice went a tad bit higher and was slightly croaked.

“Please, don’t do this now. I never say no to you, give me this one time to get her help, I promise to do everything….” Damilola began but he came up to her, tsking while running his fingers along her face, not caring that she cringed at what would normally happen. “That’s the point girl, you never say no. Didn’t your whore of a mother teacher you that?”

“Sssshhhhh. Now be a good girl and do as you are told.” He sneered, his eyes darting to her chest. At the moment, Marian was only making throaty sounds as she was just too weak to make an audible sentence but still held on tight to her older sister. That tiny show of trust was all the strength Damilola needed.

She turned to Asha and smiled confidently. “Take the keys, open the door and get in. I will be with you in five minutes.” Asha didn’t hesitate. She grabbed the keys from Damilola’s hand and raced out the door to where the Honda was parked.

Holding her sister firmly, she too turned and began walking away.

“Are we deaf? Did you not understand a word I said?” He began, stepping between her and the exit. Damilola whispered to Marian, who shifted position, then wrapped her arms and legs around Damilola’s neck and waist respectively.

“You are going to get out of my way right now.” She said in a calm voice that surprised even her.

“Hahahah, we are developing a new character now are we? My friend, drop that child, undress and find your stupid way upstairs now!” He sounded so menacingly scary but today, she didn’t care. Today, she was taking a stand. Today, she was doing what she should have done a long time ago. She was protecting her family.

“Marian,” she whispered to her sister, “don’t ever let go.” The moment she felt Marian’s grasp get stronger, Damilola took a step back, then rammed her side right into him, causing him to loose balance and the fact that he wasn’t expecting an attack didn’t give him much time to hold on to something. As soon as he hit the ground butt first, she leaped over him, almost tripping at the stairs as she dove into her car.

If her little sister who was obviously very hurt still had the strength to hold on, why the hell couldn’t she tap into that strength, that show of trust, that ability to believe in hope.

There was no point looking back to see if he was following, no time to ask herself what she was leaving behind or why she suddenly felt stronger than she had ever been. One thing she knew was that she was never going back to that house. 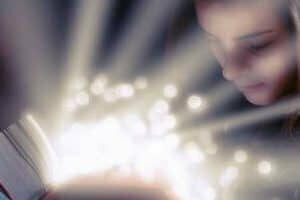