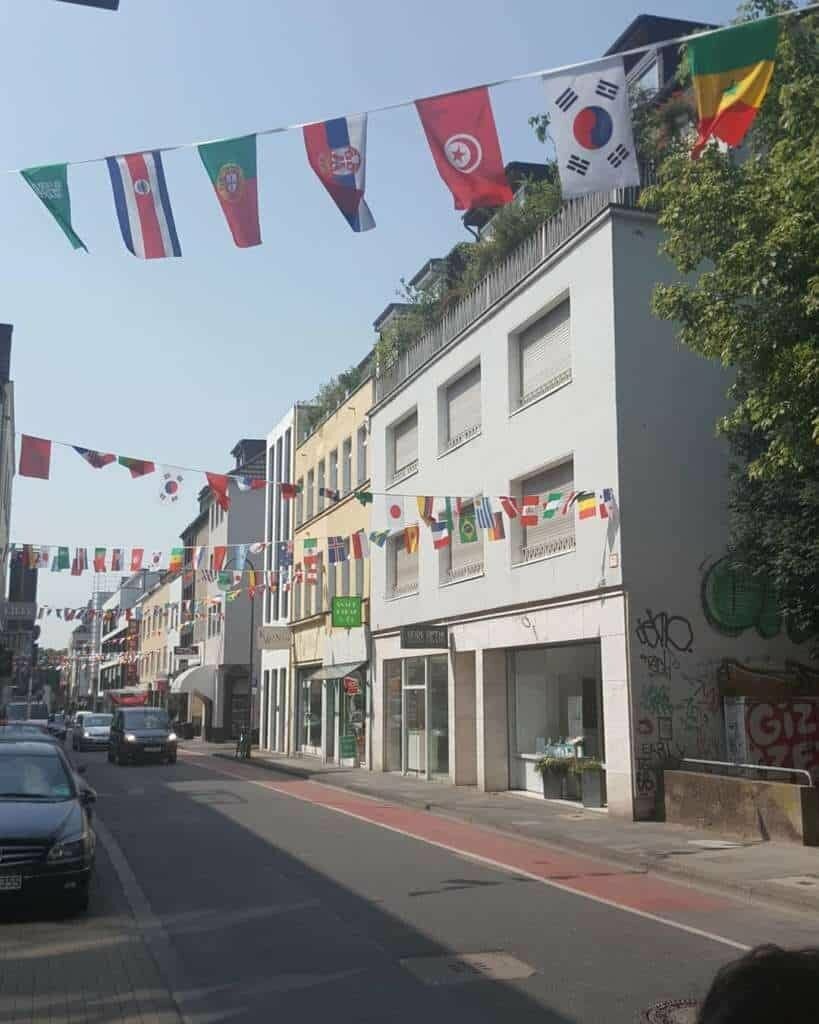 But it also means racism, hate, slurs, and all that fear that comes with trying to divide people.

It also means not standing up for what you know is right because you are comfortable hating someone based on their skin tone or sexual preferences.

The whole of America went ape shit after the Colin Kaepernick act of kneeling for the anthem during a game season. All the talk about disrespect and being ungrateful was yelled around by the people who didn’t support him, TV hosts were calling him names and the president of the United States of America blatantly dissed him.

I remember watching a clip of a soccer game where someone tossed a banana to one of the dark skin players on the field. His response? He picked it up, peeled it off and took a bloody large bite. Epic!

Sure there has been support from team players and players from other games but the truth is that as long as ALL PLAYERS/TEAM MEMBERS do not come together as one in support of this one brave player, hate will always take a front row seat.

Sports is huge. Not just in America, but all over the world.

The story of the French player Paul Pogba who got monkey chanted at him and other black players in St. Petersburg and Fifa doing nothing about it. But then again what do we really expect them to do?

Game organizers have never really cared much about racism. It doesn’t affect them, they make sales, they are business owners as they are often quoted. The Olympic games were hosted in Germany in 1936 at the peak time of Hitler. Despite a few boycotts, the game still went on. Now Russia is hosting the Fifa Worldcup and we just accept it and show up for the games. No shame, no solidarity, nothing. Just show up to thrill a bunch of racist fans and make some money while at it.

How about the story of the Ghanaian footballer playing for Italy Kevin Boateng who walked off the field after racist chats were directed at him. Sure there have been laws put in place during games but viewers/fans don’t care about rules and still do whatever they want which just lets racism keep growing.

We all know how Fifa likes to claim innocent and take themselves out of any wrong doing by using the excuse of just being a business to get away from having to deal with racism.

The world cup game should be a place where all nations of the world can come together and enjoy that moment of pure world peace, support, and love from citizens.

But instead, it breeds hate and nobody is being punished. Nike has refused to kit the Iranian team due to the idiotic sanctions made by that orange head man sitting in the white house. Politics has no place in the world of sports but so far that hasn’t been the case.

Two second generation Turkish refugees in the German team went to London to visit the Turkish dictator Erdogan and after the backlash they received, claim they didn’t know the significance of their action. Are you for real?

Haven’t you been reading/watching the news? The pure hate that is so visible during games involving dark skin tones has been so in your face and the world just acts like there’s nothing wrong with humanity.

The story of Ernie Davis who played college football and how his team all planned to boycott the Cotton Bowl post-game banquet is a story I would listen to everyday and teach my kids about the importance of showing solidarity for a good cause. So the team wasn’t able to boycott the event as state officials forced them to remain while the black athletes left to avoid whatever scene they knew was going to take place, but that single act of standing up for what is right is the truth that we see in Kaepernick.

We worry about if the princesses Kate and Meghan are friends, if Boris Becker and his ex wife will ever be friends or why Heidi Klum is suddenly so bent on staying a cougar, when we should worry about more serious problems wrecking the world we live in.

Black people have the thickest skin ever and a lot of experiences they encounter would break some people from the caucasian race and that’s no lie. Patrick Ewig would give a ton of people a run for their money. If you don’t know him, I suggest you Google! He is like the embodiment of what strength is in terms of racism in sports.

The worst kind of racism in sports is when the opposing team joins the racial chants of the crowd against the other team and it’s so sad. (this post entry is one to read).

It’s crazy really. And y’all need to understand it’s not just black athletes who receive this hate. So long as you are not caucasian, so long as you have a darker skin tone… Athletes who aren’t “white” get discrimated against.

The NFL ban on kneeling has shown how much of this problem they do not understand. It’s a very dangerous move and could destroy the beauty of sports in the USA.

When minority groups become violent during demonstrations, they get condemned and told to protest peacefully. Kaepernick kneels without a word or violent act and he is labeled a traitor.

As long as people don’t understand the need to protest racism, nothing we do will make any difference.

Instead of getting mad and angry about protests, why don’t you find the time (that time you spend getting angry over peaceful protests against racism) to figure out why minorities are protesting? Why don’t you try to figure out if there’s a truth in what the world is saying and let go of hate for people who don’t look like you?

Imagine how broken sports in America and the rest of the world would be if every player refused to go out into the field as a way of protesting the wrongful treatment of minority groups. Everyone would wake up to the truth. It’s as simple as wanting to say watch a movie but your baby needs her bottle and you know that if you do not get up off the sofa and prep the bottle, she’s going to keep crying. You can stick a pacifier in her mouth or raise up the TV volume but at some point, the pacifier will fall out and hunger would take first place. So if every sportsman took a knee or refused to get out to the field, nothing is going to happen until the world stops and solves the problem they are complaining about. It’s that simple.

What kind of person do you hope your kid would grow up to be? A person who continues the hate and destroys the world or a person who uses love and kindness to heal it?

Hate has never done anything positive to your life so why not try love, kindness or just plain calling out evil because we know evil triumphs when good people do nothing.