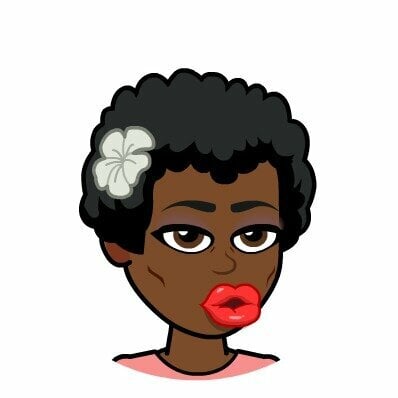 As someone who doesn’t believe in name calling while commenting on social media, I usually stay away from public pages. I just read the caption, think my opinion and keep it moving.

But then I’m on my weekend trip to Instagram and saw this page that posted a caption about parents who spank kids as the reason why people stay in abusive relationships and I just had to drop my thoughts on that.

Of course  the page owner called me insensitive and lacking of empathy for people in abusive relationships and I did agree with her/him. Not on insensitive part, but on the lack of empathy .

I have no empathy whatsoever for people in abusive relationships. That part is true.

Getting into Uni, I became close friends with a girl who was always in abusive relationships. Living around her put me smack in the middle of her relationships and I never understood her reasons for staying because they always sounded stupid to me.

Up to this day, she still hangs around people who have the tendency to be abusive. So no, I don’t have any empathy at all for certain things. People in abusive relationships being one of those things.

In America, people tend to empathize with stupidity and claim an adult’s behavior is a result of them being spanked as kids so basically the parents of this adult who made decisions to hurt another person or let another person hurt them are to blame.

I met a guy once who saw my afro hair for the first time and freaked out, telling me my hair was ugly and unafrican (don’t ask) so me trying to “empathize” with him, asked him what African hair looks like and he proceeds to show me a photo of a white south African woman, saying her long blond hair was African hair. This is a doctor who has obviously met a ton of people from different cultures and races and has the nerve to tell me my hair is not African. That was a sure sign of possible abuse. So I did the normal thing. I walked away.

I had a few people tell me I was crazy for letting a doctor slip away but I’m not down with shit like that. You tell me my hair is ugly and you are gone!

Another person I met and was in an actual relationship with once told me I looked silly in a mini skirt and a top that showed off some boobs. I did the next best thing… I left.

My parents were never abusive to each other and us kids. Sure my mum spanked us every single time we committed offenses but she was never abusive. Now I know some people will find it hard to separate actual abuse from spanking but that’s y’alls problem.

As women, we are the bringers of life and go through some tough things, make tough choices to accommodate the needs of the people in our lives. So to have all the odds stacked against you and you let yourself be treated like a bug is just wrong.

There was a segment on crime TV about a 15 year old whose 15 year old boyfriend was abusive. He would threaten her, climbing into her bedroom through her window while her mum slept just down the hall. That’s how certain he was of her fear.

Of course it didn’t end well as it never does. The worse kind is when kids are involved and they see all these things happen around them. Your selfishness is destroying their lives and it’s only a miracle that can heal them.

My friend I mentioned earlier would tell me how she was beaten up by her boyfriend because she provoked him. That it was her fault he hit her and that he loves her very much so she forgave him.

I remember what a family friend said once: if he hits you once, he will hit you again.

I guess maybe growing up in Nigeria thickened my skin? Nope that’s not it because my friend grew up in Nigeria too. Nope, her parents never spanked her.

Some might say I’m blaming the victim and sadly in this case I may have to say yes. The signs are always there but we choose to ignore them because we can’t believe anyone would want to love us as broken as we are.

At the end of the day, it’s not about how you grew up or how much your parents spanked you. It’s about you as adult and what you choose to do.

I met a girl once who used to abuse her husband and then gets abused by her boyfriend. Yes, you read that right.

As adults we make choices directly or otherwise and it has nothing and I repeat nothing to do with how your parents spanked you. You are a grown ass human being and can tell right from wrong.

This idea of having empathy for the stupid things is what upsets me. This is why I keep saying that America is going down. An example being the people mad about abortion and claim it’s evil but do and say nothing about kids being separated from parents and even suggest they be shot. All the people who claimed to be pro life have suddenly kept silent about the evil that (so called) president is doing.

We focus on the wrong things and try to justify foolishness. Oh but illegal entry into the country is bad, Oh her boyfriend /husband abused her and she took it all because her parents abused her so she’s used to it. How sad omg. Her parents must have been evil people.

Listen, sure I know some parents can be abusive. And it can haunt the kids and hurt them. But once you become an adult, you are responsible for the choices you make. No one else but you.

So, I have no empathy for adults who stay in abusive relationships when they can “choose” to leave. The freaking signs are there!!!!

Especially when kids are involved. It’s selfish, unfair, and just wrong to subject them to these situations because the cycle will just continue and no change will be made.

We are all broken and we all need strength to heal.

But that strength is in the choices we make as adults.

What choices are you making? Me, I choose to not have empathy for people staying in abusive relationships and you can call me evil for it, that’s your choice.