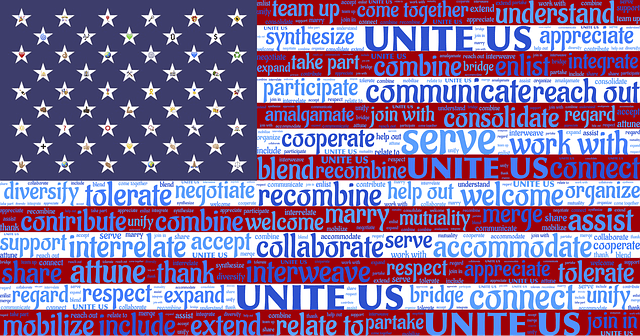 I read this article on disqus.com and as is expected I got annoyed with the news.

“The same judge who sentenced a drug offender to 40 years? I get the war on drugs and the dangers drugs pose but heavy sentencing for drug offenses is not solving the drug problem at all.
This man was found guilty of tax fraud, and hiding millions of dollars and he only gets 47 months? This only means that people like Manafort know how things will go for them if they ever get caught. How is this keeping faith in the American justice system?”

I guess admin couldn’t handle some other angle of the case.

It’s disgraceful and disappointing how life in America has been reduced to you republican, me democrat. The politicians being the puppet master and the people, well the puppets with no idea how to think for themselves and show basic humanity to each other.

A presidential candidate declares he can walk out on the street and shoot someone and his followers will still vote him, his constant disrespect for women is in full display yet he won the election.

Paul Manafort, the former campaign manager of Trump was found guilty on eight counts of tax and bank fraud and concealing a foreign bank account and 10 other crimes he is said to have been committing for a while but the court can’t seem to charge him for said ten.

This is a man who has repeatedly broken the law and yet he will be getting a light sentence of 47 months. This man has lied since he was apprehended, has shown no remorse and has been nothing but confident in the belief that the courts cannot make him pay for his crimes. White rich American male privileges anyone?

Now let’s bring in Jussie Smollett, the actor playing Jamal Lyon on the hit series Empire, who has been accused of lying to the cops and filing a false police report. A grand jury in Chicago formally indicted him on 16 felony counts according to the Hollywood Reporter.

If Smollett is indicted, and because each count carries a maximum of about four years, he could be facing 64 years in prison. Well, he ain’t white, old or mega rich so home boy isn’t confident. At least if you compare the photos between these two criminals, you can tell they both know their fate.

I have no idea nor do I even want to know why Smollett would think it was a great idea to fake a hate crime, in this time of race wars and hate coming to the forefront of life in the USA. But it’s very sad that he would think such a stupid prank would make any sense at all.

Now the argument is that people could have died if the story had escalated so he deserves his 64 years but it didn’t so why should he be sentenced to 64 years just because he lied?

On Paul Manafort’s case, a lot of people think that the ruling isn’t based on him being a white man, but listen, TS Ellis has ruled a case quite similar and wasn’t as lenient with this one.

William J. Jefferson was sentenced by same judge to 13 years in prison for using his office for money laundering, bribery, racketeering, and trying to enrich his family members(Jefferson is probably a Nigerian politician at heart????????????)

So please tell me how this doesn’t enforce the “rich white male” privilege everyone claims isn’t there.

During the hearing, there was a case brought up about a woman who hid $47 million in a foreign bank account and was given just 5 seconds of probation! A man who didn’t pay his full taxes was given seven months in prison by Ellis. This judge claims that Manafort’s punishment fits his crime and the sympathy he has for this man is just mind blowing.

This definitely screams corrupt judge and explains why I was openly disapproving of Kavanagh in the first place.

I don’t have any faith in the American justice system at all and until things change I will never be able to have any faith in a system that supports rich white men and allows them to get away with crimes that if a regular citizen commits, they get full and hard punishment. A system that unfairly judges brown people who commit the same crimes as caucasians. Yet when we scream racism, we are race baiting and “oh come on, not everything is about race.”

It’s a cruel time to live in America and the shame is that the majority of the people of America only care about seeing each member of opposing parties rot in hell. Sometimes for no apparent reason.