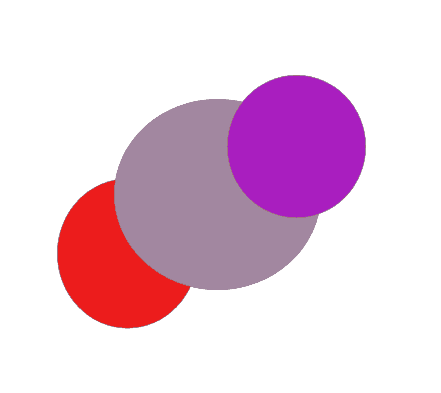 The corona pandemic is still going on, and with it, all kinds of idiocy, toiletpaper and flour still get completely sold out before normal people get out of bed, and we are still dealing with racism.

Since the outbreak of the novel virus, the Chinese have been harshly discriminated against. They are experiencing rasicm in Germany and the US on a massive scale, and those with a platform, share this experience with the rest of the world. Do I shed a quick tear for what they are going through? No. Why? Because as brown folks, we don´t deal with racism at a certain time in life. We deal with it every day until the day we die and it´s not news. No one cares if I have to struggle everyday with racist comments that have somehow became normal to anyone not brown skinned. Or that while walking down the street, an elderly man can whisper the N word, or that a Ukrainien class mate tells me she sees nothing wrong with the N word because where she comes from, the N word is used in the educational books distributed in schools. By the time this is over, the seasoned racists will go back to what makes them feel strong…racially abusing brown folks.

The Chinese are quick to go on national television and claim racism but we all know how racist China can be. This is a country that has so called reeductation camps for minorities. They mostly act crazy when they see dark skinned people and scramble to take photos with them as if in a zoo or on a Safari, looking at the next exotic thing to deep fry.

I do however empathise.

Is it unfair that the Chinese residents get picked on, have to endure countless bouts of racism, sprayed with disinfectants? Yes of course and anyone who is doing this obviously has nothing to worry about in life, and so much time on their filthy hands. Racism of any kind and at any time should not be tolerated or even encouraged. A German politician was made to pay a fine to the son of Boris Becker after using the N word on him. This politician is still very much a bigot, and racist but somehow still has a voice.

You would think that this raging virus, picking us off by the hundreds will be a reason for world peace. A time for the world to cease fire, end whatever rubbish war is going on, and come together to fight this one enemy.

Am I blaming China? In a sense, yes. The govt knew the extent of the danger and how fast people were dying, yet they went on like it was all peachy and refused to share it with the world, to give us time to prepare and take precautionary measures to defend ourselves and our families. A good number of continents had the virus introduced through a Chinese visitor. The Chinese woman who got in to Germany, no symptons, managed to infect two maybe three colleagues and look where we are now.

China is the world´s biggest market and has ties all over the world. The moment it killed more than 10 people, drastic measures should have been put in place to prevent a world pandemic. Allow the world to empathise and come up with quicker and safer means of fighting the virus together. But somehow, it went from a medical issue to a political one. According to online sources, the Chinese government detained doctors and whistleblowers who tried to warn the rest of the world early on. About 5 million people had already left the city of Wuhan, weeks after the outbreak and these people succeeded in further spreading the virus to the rest of the world.

The same thing happened with the American president. A man who can´t decide how to handle this situation from what is supposed to be the strongest nation in the world. Inciting racism as per usual and acting like a child.

He downplayed the strength of the virus to the American people, knowing fully well shit was about to hit the fan, he praised the efficiency of the Chinese government and was like a kid in a candy store yapping on about how much trade has happened between China and the US. According to him, there was nothing to worry about because hey, fake news was at it again and to think that his fan base is growing makes you wonder how stupid America has become. What she used to stand for, what her strength was, how she encouraged people to reach for the sky, unity, and all that is good has been lost forever…or at least until a better leader is sworn in. He is mostly interested in war with Iran because we know that with war comes more money for people like him. What is evidently scary is the massive number of American people who stand behind him praying for the war to happen.

In all honesty, the American president is as much if not more to blame for this. This man praised the Chinese government on their handling of the situation, and is now blaming them for letting it spread this far out into the world.  When you don´t call out bullshit as it is happening, you are just as bad. Isn´t this the problem with the American police? No one wants to rat out a bad cop so they just let him reign supreme as long as they don´t reign with him.

An article I read casted blame not just on the government but on the Chinese people, blaming it on their culture of eating exotic animals, and trading of live animals in the markets, saying the govt should have banned these practices but it is not that simple. A cultural practice that has been on for generations cannot just easily be broken. Ask the little girls of certain villages in Cross River State who have, or have had to endure genital mutilation. An age old practice that is supposed to have been banned and is yet still being practiced. This is why the saying: The pen is mightier than the sword should be taken very seriously. The right education can break down walls of ignorance brought on by illiteracy.

In 2019, the GHS ranked USA number 1 out 195 of countries prepared for a pandemic. Well, look how that turned out. Makes you wonder about these surveys and all with their apparently biased conclusions because we see now that America is the least prepared nation for a pandemic. Nigeria ranked 96th, Italy at 31, Germany at 14th, and china at 51. These countries seem to be handling it better than USA.

The country it all started from has managed to establish some type of normalcy, while the rest of us are still fighting to stay alive because if the virus doesn´t kill you, hatred, and racism does. These nations are nothing like China. The citizens have a sense of entitlement that is threatning to destroy us all. Panic is looking to be the greatest enemy and not the virus. Solidarity is a mythical creature that no one has ever seen.  Shoppers are still hoarding toilet paper for whatever weird reason despite warnings, pleas, and assurances that there is enough to go round.