Two weeks back, I made a post about how terrifying the criminal justice system in USA is.

I was terribly upset about the possibility of Jussie Smollett going to jail for 64 years just because he lied about being attacked.  But the one thing that remained unchanged was Smollett saying he was innocent right from the start. Not once has he claimed the attack was actually fake. So in all honesty, this was probably what kept a few people at his side.

His show dropped him, he was the butt of every joke and 95% of America, myself included, was mad at him for faking a hate crime. There was so much information about the alleged attack being a hoax and the CPD was out on some type of witch hunt for the lad.

One thing that drove me mad was the way the news potrayed the Osundairo brothers who supposedly attacked Smollett. The way every news reporter kept saying ‘The Nigerian Brothers’, one would think these brothers arrived from a small unknown town in Ibadan, Nigeria just to fake attack Smollett. Those Osundairos may have Nigerian names and heritage but they are more American than they are Nigerian.

So, constantly emphasizing their Nigerian heritage was just one good example of how the media works.

Imagine if the Osundairo Brothers won olympic medals or discovered the cure for cancer. They would most def not be known as ‘The Nigerian Brothers’ sondern ‘The American Brothers.’

I remember when the news broke out of the fake attack and as much as I was upset with him for lying about an attack, I didn’t quite get how the world was hanging him out to dry so violently, but no one was condemning all the other white male criminals who committed far worse crimes than Smollett on the same level and I expressed a bit about this here.

Jussie Smollett has been acquitted and I am truly glad that he doesn’t have to spend his life in prison.

Of course, lots of folks are upset about it and I’m questioning the audacity of the FOP to condemn the lawmakers. Where have they been when their colleagues abuse and assault minorities? But I mean, what can I expect from them? The very people who objected the inclusion of Angie Thomas’s book ‘The Hate U Give‘ (which was made into a movie) into a high school reading list due to its very graphic content of police brutality. Home boys can’t take the truth very much now can they?

On social media, there’s a whole madness of debate about Smollett being guilty or innocent and for me I’m just glad he is not going to be in prison. The punishment really did not fit the crime at all.

Sure it is very suspicious how the charges were suddenly dropped amidst all the heavy watch. But really, what did they have?

It seems like the Prime Minister of New Zealand is making the world question America’s state of mind and of course criminal justice system. I mean when you compare her speech to Trump’s after both countries suffered losses, it makes you sit back a bit and allow your humanity to surround you.

So who knows, maybe this is one way to prove they are not biased in terms of skin color and status. Still, what did they have?

As I said earlier, what I am glad for is that he maintained his innocence from the start even after ‘evidence’ was said to be available on the contrary. It does make the CPD look incompetent and still boiling with hate for minorities. After all, they were investigated by the DOJ and found to be racially biased after the shooting of Laquan McDonald.

We keep saying ‘oh but there are some good police officers’. But if these good ones don’t flush out the bad eggs, there never will be any change for the better. 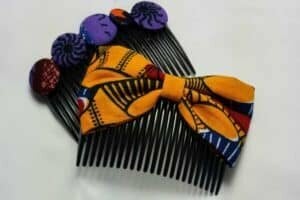 Dreaming Of A Better World 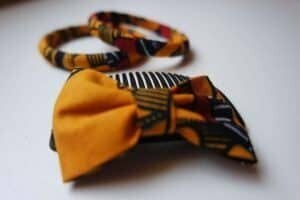 Official Stupidity Of The American Kind